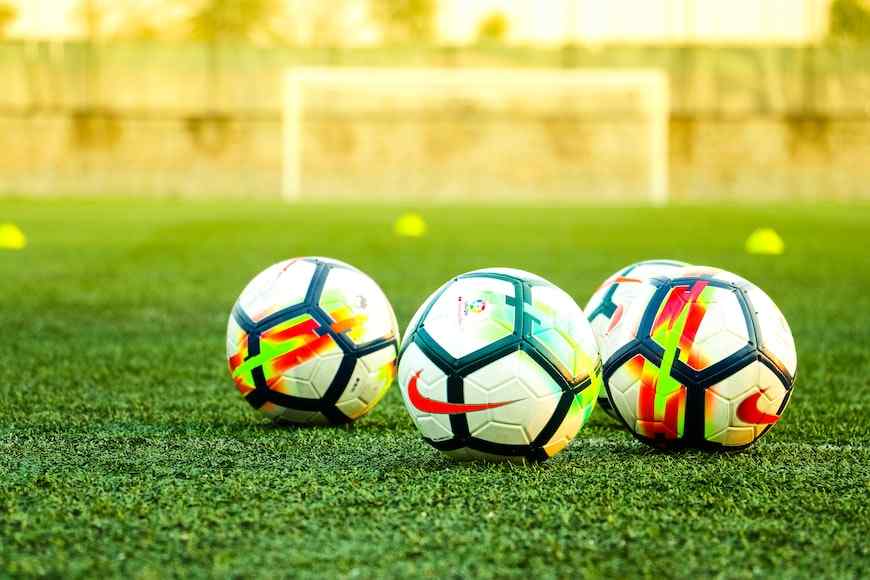 It is no more news that Abbreviations can be very frustrating most times especially when you do not know their full meanings. And Soccer, like most other sports, is known for having some abbreviations. This includes abbreviations like COYS, AET, AGT, and a lot of other mind-boggling abbreviations.

Here in this article, we will be explaining some of the soccer positions, abbreviations, and their meanings. However, before we proceed, it should be known that soccer is an entertaining game that is played between two teams of eleven players each, with each player on the pitch assigned a specific role.

Their roles on the pitch have designated responsibilities and positions where they thrive and can also be referred to with the help of abbreviations that fans of the game can understand. Soccer has its share of positions from the player who mans the goalposts to the one who has the job of putting the ball in the back of the net.

Soccer Positions And Their Meanings

Also known as “a goalie”, the goalkeeper is one of the most important players on the pitch. The position, traditionally known as number 1 has had great players.

Although no more predominant in modern-day football, a sweeper was known to be the central defender whose primary job was to cover the back line and help teammates when they are caught in awkward positions.

This includes situations where the opponents have broken the team’s defensive lines. The traditional number for the sweeper was “4”.

But now, the goalkeeper has been made to play the role of a sweeper now. Some notable sweepers in history are the German legend Franz Beckenbauer. While some of the most popular goalkeeper sweepers are Manuel Neuer and Ederson de Moraes. The latter plays for Manchester City in the Premier League.

Tasked with the role of defending, center backs became really much popular in modern-day football. The primary task of the center-back is to ensure that the goalkeeper is protected and opponents’ attacks can not easily get through to the team.

They can also make goal-line clearances and act as a defense especially when the goalkeeper is out to make a clearance. Their traditional number is 5 and 6. Some notable center-backs include Paulo Maldini, Sergio Ramos, Thiago Silva, Carlos Puyol, and many others.

Also known as ‘Right Full Back’,  right backs are basically side backs that play on the right wing. Their job is to help the center backs and also to help the attackers by most times, giving the midfielder more passing options up front on the right side.

Their main task is to block attacks from wingers who will look to feed the striker. The traditional number for a right back is 2. Some notable right backs in football history are- Dani Alves, Philipp Lahm, Carlos Alberto, and a lot of others.

Similar to the right back, although he plays in the left wing, the left backs main task is to shut down every attack coming down from the left wing.

Their task involves them closing down on the opponent’s winger and also giving the midfielder a passing option up front. The traditional number for a left-back is 3. Some notable left backs include – Paolo Maldini (he also played a center back role), Andreas Brehme, Roberto Carlos, and a lot of others.

Comprising of the left back and right back role, a side back is basically a player that plays on the side, albeit on the defense line. The traditional number for a side back is 2 and 3. Some notable side backs include – Roberto Carlos, Dani Alves, Philipp Lahm and a lot of others.

Just as they are called “defensive” midfielders, the main task of a defensive midfielder is to defend the team in the midfield. Their task involves making interceptions, making tackles, and retrieving as many balls as possible from the opponent’s players.

They are mandated to stop the attack of the opponents from the midfield. However, the modern defensive midfielder role has required the player to have some creative skills. And while they shut down the opponent’s attacks, they begin the initiating of their team’s attacks and help connect the center back with the midfield.

He is also mandated to help the defensive midfielder, but his main objective is to organize play and add some creative juice to the control, providing some robustness to the team. The traditional number for a central midfielder is 8. Some notable center midfielders are Frank Lampard, Xavi, and Arturo Vidal amongst others that carved niches for themselves in the position.

He plays directly behind the center forward, which helps to add another man to the opponent’s box. They are known for their vision, ball control, pass accuracy, and techniques. Some notable attacking midfielders are Luka Modric, Andreas Iniesta, Zidane, Mesut Ozil, Lionel Messi, and a lot of others. The traditional number for the attacking midfielder is 10.

A right Winger is basically the winger that plays from the right wing. They are always tasked with creating chances for the center forwards or strikers. This includes pulling out the defenders and delivery crosses.

Right wingers are known for their dribbling ability, and pace, and are rated based on their goals and assists. Some notable right-wingers are – Lionel Messi Arjen Robben, Sadio Mane, etc. The traditional number of a left winger is 7.

One of the oldest roles in football, the second striker role is one that has continued to survive to this day. As their name implies, they play as a second striker. Some notable second strikers are Timo Werner (at Leipzig), Thierry Henry, and a lot of others. Their traditional number is 11.

Probably the most popular player, the Center forwards are known for their great goalscoring ability, and reason is that goalscoring is their job.

If you are new to the game of soccer, or you’ve been a fan of the game for a while and still have a challenge in soccer position abbreviations and meanings, then this is the ideal article that educates you on the subject.