What Is Offside In Soccer? 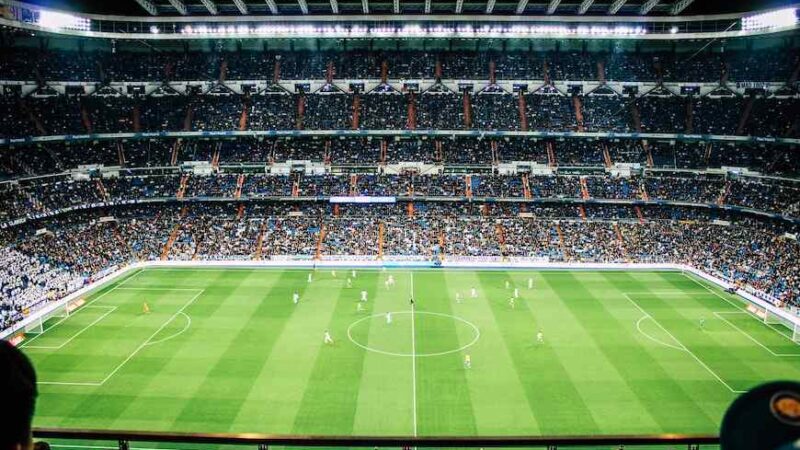 Football also known as soccer is a simple sport played on a pitch with a presentation of 22 players which implies 11 from each side of the two teams. However, just like every other sport is guided by its rules, the same applies to soccer.

In one way or the other, you might have heard about the offside rule in soccer and be wondering what is offside in soccer.

The offside rule in soccer controls what is known as offside in soccer. You see, without having such a rule in soccer, players will easily be scoring goals which will make goal scoring not interesting because it will devalue whatever recognition is gotten from scoring goals.

What Is Offside Rule In Football?

What is known as the offside rule in soccer is when a player is in the attacking half and closer to the opposition’s goal line than both the football and the last opposing player before the goalkeeper.

However, if the other team’s player is closer to the ball and the opposing goal-line touches the ball or is active when his side is in possession of the game, the opposing side will be awarded an indirect free kick.

According to the Football Association, “To decide on an offside, the upper boundary of the arm is in line with the bottom of the armpit.”

Now, what this implies is that, in the offside rule, a player’s head, body, and feet can flag for an offside but his hands or arms can not.

When Is Offside Rule An Exception?

You see, there are exceptions to the offside rule. Now, if the ball is gotten directly from a goal kick, corner, or throw-in, there will be an offside flag.

In addition, deciding on an offside is not as easy as you think. You need two sidelines men, the main referee and the VAR, Video Assistant Referee to decide on a very crucial offside, but then, the main referee will always have to give the final say on the incident.

Who Decides On An Offside?

The main people to decide on an offside are the sidelines men, followed by the main referee. You see, in making an offside decision, the VAR, Video Assistant Referee comes in if the occurrence is a very crucial one.

How Officials Still Make Wrong Decisions Regarding An Offside

Before the arrival of VAR, offside wrong decisions were rampant. However, as technology brought in the VAR, the wrongs became less and still are but then referees are still making wrong decisions regarding an offside.

You see, Often, a lack of good replay angles also impacts a referee’s ability to make the right call when it comes to offside.

When Did The Offside Rule Start?

The offside rule became one of the rules of the game in 1863 starting with the round ball formal foundation. However, the rules have remained the same or likely the same since its existence, although a key change came in 1990.

What Does The Offside Rule Hold?

The offside rule is a set rule in the round leather game of soccer that ensures fairness in the game and also ensures that the concept of the sport is enhanced. It enhances the organization of players on the pitch as well as their positioning with or without the ball.

We’ve noted the necessary information regarding offside in soccer in this post. Do well to leverage the information we have provided in this article.