What Is A Yellow Card In Soccer? 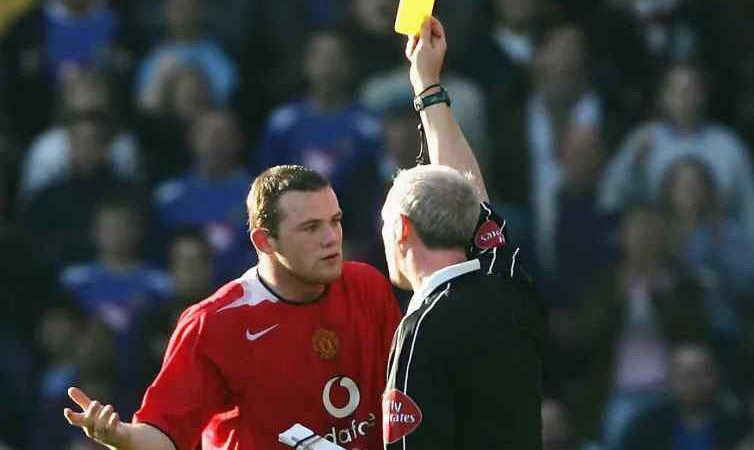 Controversial La Liga referee, Antonio Mateu Lahoz has been the most recent football official that has come under criticism for awarding a lot of yellow cards to players.

This is a record that saw him award 19 cards in the Argentina vs the Netherlands Qayar 2022 FIFA World Cup quarter-final game and a total of 18 yellow cards. It can be recalled that Argentina eventually won the tournament.

Here in this article, I will be sharing with you everything that you need to know regarding what is a Yellow card in soccer and what are the rules regarding yellow cards in soccer.

What Is Yellow Card In Soccer?

These cards are a form of visual implantation in the game, a sort of disciplinary shown to players as a form of caution and urging them to be careful of their next move. It is only brandished to players when they have erred in a game or gone against the stipulated rules of the round leather game.

READ: How Big Is A Soccer Field?

What Happens When You Get A Yellow Card In Soccer?

Basically, what happens when a player gets a yellow card in soccer is that the player is warned or cautioned concerning their misconduct in the game.

Usually, when a player is given a yellow card, the player will have to stop any form of misconduct else, they could get another yellow card which could lead to a straight red, indicating their dismissal from the game.

The yellow card will ensure sure that the player toes the path of action for the rest of the game as any rash moments could see home sent off and cost his team all 3 points or see them suffer a disastrous loss.

How Long Does A Yellow Card Stay With You In Soccer?

Yellow cards are usually transferrable in games. Unlike red cards, yellow cards are carried over into the next game and this continues until the player has accumulated a number of Yellow cards (at least 5 in the English premier league) before they are suspended.

How Many Yellow Cards Can One Get In A Soccer Match?

The maximum number of yellow cards that one can get in a Soccer match is two. And according to the Fédération Internationale de Football Association (FIFA) rules, the second yellow card that a player gets in a soccer match will result in a red.

Cards That A Player Can Get In Soccer?

This is a type of card shown by the referee to the player or any crew member of the team, indicating that there have been sent off. This card is most often associated with the misconduct of a player, as it serves as a sort of punishment for players. It is brandished once after which the player’s time on the pitch is over as he must leave.

As said earlier, yellow cards are only cautionary cards. There are awarded to players as a form of milder caution.

The rarest type of card, a blue card is a type of card, given to a player indicating that there have been temporarily suspended from play.

Basically, the card indicates that the player has been suspended for two minutes and will not take part in the game till after two minutes of the game. However, the card is mostly used in indoor soccer games.

Offenses That Could Lead To A Yellow Card In Soccer

There are several offenses that could lead to a yellow card. Some of these offenses could be mild offenses such as a simple handball, and in some cases, could be a foul or collision with an opponent team.

Usually, a yellow card can be awarded by the referee to any player depending on what the match official considers to be inappropriate or unsportsmanlike in the game.

However, here are a few offenses that could lead to a yellow card in soccer –

Does A Yellow Card Lead To A Red Card?

Yes, a yellow card could lead to a red card in soccer. This is only if the player is getting a second yellow card.

Can A Player Get Two Yellow Cards In A Single Soccer Game?

Yes, a player can get two yellow cards in a single soccer game. However, the second yellow card will lead to the player getting a red card, which means that the player has been dismissed from play.

Is A Player Allowed To Continue Playing In A Soccer Match If He Gets A Yellow Card?

Is A Player Allowed To Continue Playing In If He Gets Two Yellow Cards In A Game?

Which Player Has Never Received A Yellow Card In His Football Career?

How Many Yellow Card Equals A Red Card?

2 yellow cards equal a red card. Usually, when a player gets two yellow cards in a soccer game, there are also given a red card which indicates dismissal.

Can A Player Be suspended For Yellow Cards?

Yes, a player can be suspended for yellow cards and this basically depends on the number of yellow cards that the player has accumulated in his last few matches.

How Many Yellow Cards Can A Player Get Before Suspension?

Can A Yellow Card Accumulate And Lead To A Suspension?

The answer is yes. In club league games during a season, a player could miss the next game after amassing a certain amount of yellow cards in the course of the season. This is very much applicable in the Premier League in England, as well as in other elite leagues all over the world.

We have treated the topic of the yellow card in this article, as well as its significance in the round leather game. Do well to leverage the information we have provided for an in-depth understanding o this concept in soccer.