What is a Fullback in Soccer? 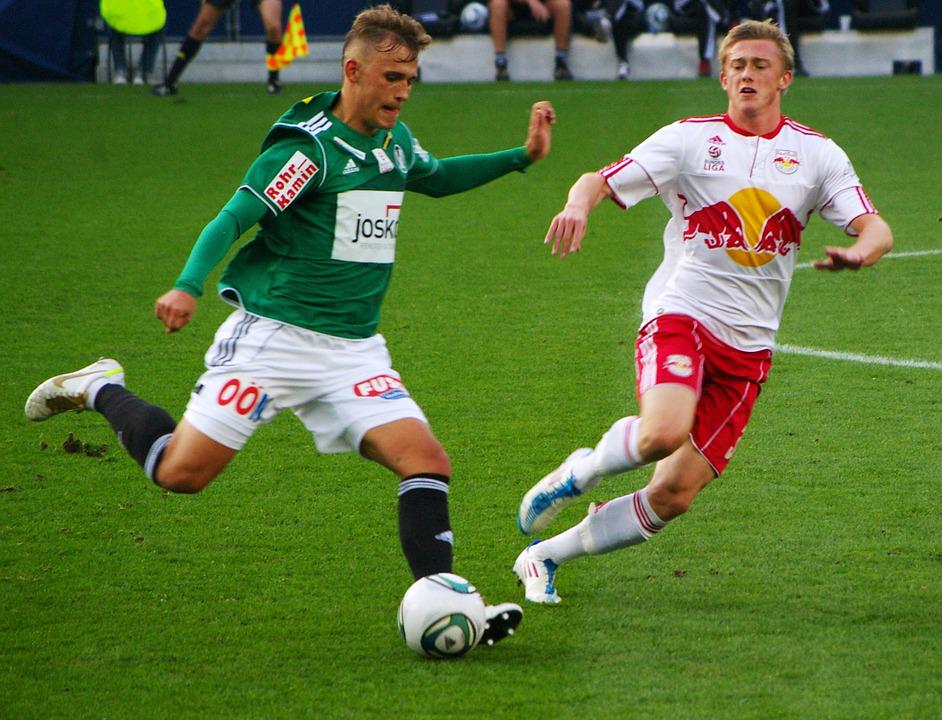 The game of soccer has become so broad that it has its jargon. (A Jargon is a specialized technical terminology characteristic of a particular subject). For example, words like “hat-trick,” “back of the net,” “ball to hand,” “bicycle kick,” “boot it,” “brace it,” “chip shot,” and “full-back” are all jargon associated with the game of soccer.

Meanwhile, Every soccer team has 11 players on the field at the start of a match, and each of the players has their position on the pitch.

They all have a specific role to play on the field and one of these positions and roles is the fullback position. In this post, we will be closely looking at the term “full-back” in the game of soccer.

As we proceed in our quest to understand what a fullback means in soccer. Here are sub-topics that we will be considering in this post:

What is a Fullback in Soccer?

As long as the game of soccer keeps on existing, we will always get to know something new to us and interesting to know. And one of the things we will be learning today is “What is a Fullback in Soccer?”.

Full-backs now involve a set of professional soccer players who can play both the defensive and offensive sides of the soccer game.

The latter is relative though, as some fullbacks leave more to be desired when expected to make those offensive runs that have made the likes of Marcelo, Jordi Alba, Dani Alves, David Alabam, amongst others stand out.

It is required in the game of soccer that the full-back player be given a lot of space and chance to freely and easily maneuver when the need arises. However, they have to make these spaces for themselves.

It is also recommended that the full-back players be good at dribbling. This is a very vital soccer skill when it comes to splitting defenses.

No soccer skill is as effective as dribbling. It is one of the ways to destabilize your opponent’s defense and create space and chances for other players.

Good communication skills are also a must-have for players who make up the fullback position in any soccer match. It helps to provide an easy breakthrough into the sides of the opposing team, and this as well is highly recommended.

How many Fullbacks are in a Soccer team?

Now, after considering what a fullback means in the game of soccer, the next question is; How many fullbacks are in a soccer team?

Every good team has a fullback, and they are responsible for shielding the defense from offensive runs and moves from the sides and also complementing the attackers in their team by providing more width from the sides with intelligent runs when required.

Meanwhile, in a soccer game, there can only be two fullbacks, one on the outer edge of the field and the other facing directly opposite. That means that there are only two fullbacks on the left and right wings of the defensive line.

Since the major objective of the fullback player is to securely guard the whole team against its opponent, who may try to attack from the sides, it is the primary aim of the fullback to tackle the players of the opposing soccer team.

The effectiveness and efficiency of the fullback players all depend on how well they defend the ball, how well they communicate with other team members while playing the game, and also how well they use the ball efficiently.

What are the responsibilities of a Soccer Fullback?

The first and second texts openly pointed out some of the responsibilities expected of a fullback. In every soccer match involving a fullback player, it is expected of them to closely tackle the ball to avoid creating little loopholes for easy goal penetration by the opposing football team from the flanks.

And quite a lot is expected of the full-back when it comes to skillfulness, technical thinking, and teamwork cooperation.

These are some of the features that should be found in a good full-back. A fullback must have top-notch awareness and be able to predict opposition moves. This way, he can read them and stop them before they result in danger for his team.

What are the defensive roles of a Soccer Fullback?

Like we said earlier, the fullback position in any soccer match is made up of skilled defenders, and as defenders, they do play certain roles.

And as we can see, one of the expected responsibilities of fullbacks is defending the team properly without trying to cause foul play.

If the fullbacks are good enough, they can do extremely better in defending their teams, However, if the reverse is the case, the team will be prone to failure. A good defensive line plays a major role in making a soccer team formidable.

What are the offensive roles of a Soccer Fullback?

Since defending the entire soccer team from the opponent is one of the defensive roles of a soccer fullback, then the offensive roles should easily be determined.

Fullbacks are not only responsible for providing an adequate defense mechanism to protect the whole team from the opponent, but they are also permitted to launch attacks, thus complementing the midfielders who are playing an offensive role.

Elite attacking skills from a fullback will ensure effectiveness, as most of the opposing team players will be blocked on all sides, making their chances of scoring a goal very small or even impossible.

It is one thing for the fullbacks of a team to be highly defensive and another thing to be offensively active right from the beginning of the match to its end.

Conclusion: What is a Fullback in Soccer?

The game of soccer involves so many skillful players who are required to perform specific functions on the pitch. For example, the goalkeeper is the number one figure when it comes to soccer.

A goalkeeper with technical skills will always want to save goals for his team by making the team a good one, and on the other hand, the goalie really can’t accomplish much when the club defenders are too weak or not cooperative enough.

This will only lead to their defeat. No player can work as an island, and no one player can exist without the other. With strong defensive and offensive full-back players, a team is well set for any challenge.

Meanwhile, with regards to fullbacks in soccer, a significant number of them exist across the various popular soccer leagues like Major League Soccer, English Premier League, Spanish La Liga, Italian Serie A, the French Ligue 1, and the German Bundesliga amongst others.

Some of the best fullbacks that have graced the game are Roberto Carlos, Philip Lahm, Dani Alves, David Alaba, Javier Zanetti, Cafu, amongst others.

As pointed out, the primary responsibility of a fullback is to defend but some of them have stood out as offensive-minded and have the numbers to back this up.

Some of the best attack-minded fullbacks in recent times are:

The aforementioned players are renowned for the piercing runs they make into the opposition box and are genuine goal threats to any opposition team.

They know how to provide assists to other players and are very good at converting chances when they come. For instance, Alexander-Arnold has been a menace to opposition defenders in the Premier League and Europe whilst playing primarily as a fullback.