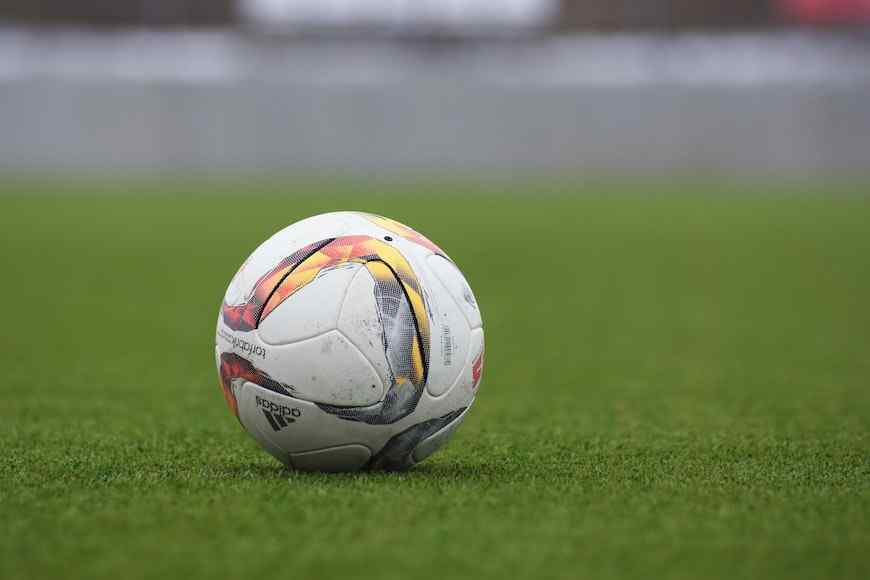 Let’s say before you searched for the meaning of the word “brace”, you might have heard of it from a football fan or in a football game probably, it is mostly used there.

You see, a brace is one of the football terminologies used in everyday football, hence, if you want to grow your football life, start a football career, or work as a football-related person, you need to know more about a “brace.”

So, a Brace in football is a term used when a player single-handedly scores two goals during a standard match irrespective of the eventual scoreline of the game as far as none of the two goals are canceled.

Why Is It Called A Brace?

The term “brace” originated from the Anglo-French Language, and the term means a pair of something, mostly, arms.

Regardless, the term “brace” is one of the oldest phrases in English which referred to a pair of something and was mostly used by hunters when they needed to describe how many animals they took down during their hunting trip.

So, a brace of squirrels meant that the hunter took down two squirrels that very day. Hence, as football grew into another dimension, the term “brace” joined the terminology of football players as “hunting” for two goals in a single game.

Does One Need To Score Back-To-Back Goals?

No, you do not need to score back-to-back goals for them to be termed a brace. As explained previously, all the player has to do is score two goals in a single game regardless of if they are on the winning or losing side.

You see, the interval used to score a brace in football does not matter. If a player netted the first goal 2 mins after the kick-off and scored the second goal at the 90th-minute mark, the brace honor will still be awarded to them.

Is There A Specific Way To Score A Brace?

No, there is no specific way of scoring a brace. There is no stipulated fashion in which a brace should be scored.

Moreover, scoring a brace requires you to get the ball inside the net without using your hand, scoring from an offside position, making a foul, or your teammate making a foul before you score.

All you need to do is follow the standard scoring shape using your left leg, right leg, and head, and you could even chest the ball inside the net. Players can score both goals as headers, or even with their feet, or one with the head and one with their feet.

Which Player Is Allowed To Score A Brace?

Every player on the pitch is allowed to bag a brace in a single match, so far, they did it the right way. It is even shocking that a goalkeeper is allowed to score too. although this is very rare.

Any player on the pitch such as the defenders, midfielders, wingers, and strikers can score a brace if they are presented with the opportunity in a game.

We’ve seen cases where defenders have scored a brace in the Premier League. Some of these defenders who scored a brace in a soccer game include Liverpool’s Virgil van Dijk, and Real Madrid’s Antonio Rudiger in his time at Chelsea, amongst others in other leagues and competitions.

One of the most recent was in the German Bundesliga where Ghanaian defender Jeremie Frimpong scored a first-half brace for Bayern Leverkusen as they beat Mainz 05 away from home.

What Player Is Not Allowed To Score A Brace?

No player is banned from scoring a brace. The forwards, midfielders, defenders, and goalkeepers are allowed to score a brace if they can.

Is There Any Physical Honour Attached To Scoring Of A Brace?

No, there is no physical honor attached to the scoring of a brace, you will only be recognized and this might go a long way to achieving the “man of the match” award if no other player’s performance matched yours.

Also, it will be attached to your career record that you bagged a brace at some point in a game in your career.

Does Shootout Count As Brace?

Meanwhile, if you score a brace using a penalty, free kick, or corner kick during the 90 minutes of action and additional time, it will be awarded to you.

Are Two Players Allowed To Score A Brace In A Match?

Yes, two players are allowed to net two goals each in a single match. There is no football rule obstructing or giving the number of players that should score a brace in football. Meanwhile, if it is possible for the 22 players on the pitch to score a brace, then all goals will stand.

Which Player Has Scored The Most Braces In Football?

Cristiano Ronaldo has scored a whopping 38 braces in the UCL while Lionel Messi is second with 34 to his name at the time of writing.

Who Has The Highest Number Of Braces In The Premier League?

Newcastle legend Alan Shearer, a striker who also played for Blackburn Rovers, holds the record for the most braces scored in a 42-game season with 10.

The aforementioned players scored a brace nine times in a single season, and all four of these forwards went on to win the golden boot for that year.

A Brace in soccer has to do with the scoring of two goals in a match by a single player before the final blast of the referee’s whistle.

However, due to how uneasy it is to bag a hat-trick brace is now considered somewhat an achievement with no award attached to it compared to a hat-trick whose award is the match ball at the end of the game.