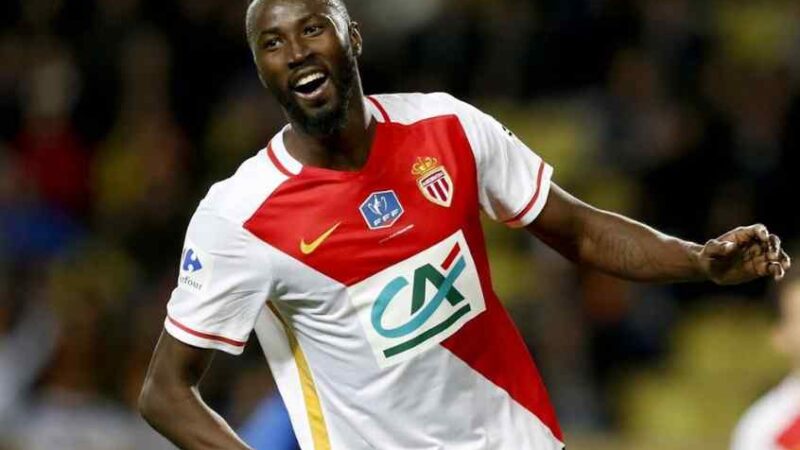 While it might seem like Basketball is the only sport in the world with tall players, Football also has players that are noticed for their heights. In recent years, players in soccer have always been selected and signed due to their way of playing and not really based on height by coaches.

You see, being a tall player does not in any way assume you know what to do with the ball when it is in your possession but that notwithstanding you do have an advantage over aerial balls and stretching to kick the ball.

So, in this article, I will be discussing the tallest soccer players you should take note of, as well as their overwhelming heights. So, without wasting time, let us proceed.

10 Most Tallest Soccer Players Of All Time

Paul Millar who is 6 ’10 “ feet tall is a British soccer player and striker who last played for Deneronvale in the Scottish League.

Millar being compared to Kristof Van Hout as the tallest player of all time is mostly acknowledged due to the performance that he displayed for Elgin City starting from 2010 – 2014. However, among all the tallest players in Europe, he is regarded as the first but ranked as the 2nd tallest player.

Kristof Van Hout is one of the soccer players with a height of 6 ft 10 in. Before joining PSV some years ago, the 35 years old goalie, Kristof Van Hout started his career at the former club of Jaap Stam, Willem II, Netherlands.

Kristof Van Hout has played for Delhi Dynamos FC in the Indian Super League, K.V. Kortrijk, a Belgium side, and other clubs which I have not listed.

Nk Opatija’s goalie, Vanja Ivesa is from Croatia and is tagged as the 3rd tallest soccer player currently. Although Vanja Ivesa has not registered his services in a top European club, he has played for numerous clubs in and out of his country, Croatia. According to FIFA 22, Ivesa is the tallest player.

Yang is a well-known Chinese soccer player and striker. The player is one of the tallest players on our list, and it can be recalled that his name came ringing in fans’ ears after his stint with Bolton Wanderers.

He was brought to Bolton on a month’s trial and he failed to deliver and had to return to his country. However, since then, Yang Changpeng is still playing in the Chinese League.

The next soccer player on our list is Tor Hogne Aarøy with a height of 6 ft 8½ which is converted into meters as 2.04. The soccer player is a Norwegian forward who has scored top-notch goals for Aalesunds FK, his club in Norway.

2009 is one of the most important years in the forward’s football career as he earned a call-up into the Norway official national team.

Denizlispor and Roman goalie, Costel Patilimon is another soccer player with a height of 6 ft 8 in. The player got recognition during his years with Manchester City and was the tallest player in the Premier League during those years.

Ivorian footballer who currently plays for a Turkish side, Bandırmaspor came into notice when he played for an England side, Everton in the Premier League.

Due to how he performed at Everton, he was let go but his nicknames, Gentle Giant and The Big Tree are still remembered by Everton fans. Well, it can be recalled that Lacina Traore’s nicknames came as a result of his height.

Kjell Petter is a Norwegian who is playing for a club known as Stryn in Norway. Due to his performance as a goalie, he has earned praise from his teammates, coaches, and other football-related people.

The goalie is said to be the 10th tallest footballer and the 3rd tallest soccer player.

Øyvind Hoås who started his football career at Molde FK is currently playing as a striker in Kristiansund since his joining in 2015.

The player is an indigene of Norway, making the list of Norway’s tallest soccer players. The player has a good career stat compared to other Norway players.

Having noticed that most of the tallest players are from Norway, Even Iverson who is a soccer defender is also from Norway.

Just like some Norway players, Even Iverson has never played for any club outside Norway. He is known for his defending skills and his height which is 6 ft 8 which has earned him the 9th tallest soccer player.

The players that have been listed here are the tallest soccer players to have played the round leather game in the past and currently.

The world of soccer has seen many tall soccer players such as Peter Crouch, Zlatan Ibrahimovic, Miroslav Klose, and the like. However, the aforementioned players in the post are the tallest of the bunch and deserve a place on this list.