Top 10 Best Goalkeepers In The World 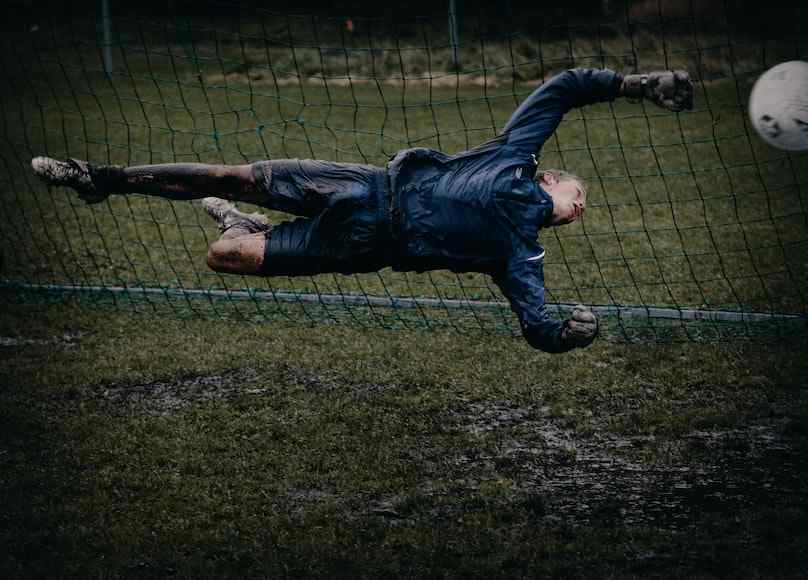 Having a solid goalkeeper at the back line of any team is one of the most underrated winning factors that most fans and coaches do not consider.

And like Jose Mourinho once said – “Strikers win you games, while your defense wins you trophies”. The goalkeeper, which is also part of the defense is tasked with ensuring that the team’s goalpost is protected and they make saves that help protect the team from conceding.

Here in this article, I will be revealing to you the top 10 best goalkeepers in the world as of today and their impact on the game. 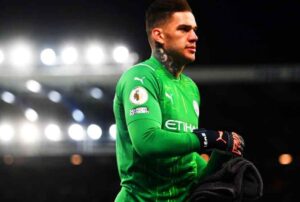 First on our list of the top 10 goalkeepers in the world is Manchester City star, Ederson Moraes. During the 2017 summer transfer window, Manchester announced that they had signed Benefica star, Ederson and the Brazilian was going to replace Claudio Bravo.

The Brazilian is Pep Guardiola’s ideal goalkeeper. He has great feet and makes outstanding saves which have been helpful in the team’s English premier league title wins.

Here is a more detailed stats of the player since he was signed by Manchester City. 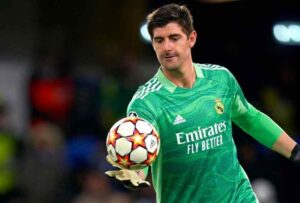 Arguably second on this list of top 10 goalkeepers on this list is Real Madrid and Belgium star, Thibaut Courtois.

Having spent some years at Chelsea, Thibaut Courtois made a move to Real Madrid where he won the 2021-2022 UEFA Champions League title, beating his former club en route to the final –

Signed from the Italian side, Roma, and considered to be the world’s second most expensive goalkeeper, Allison Becker is Liverpool’s first-choice shot-stopper.

The Brazilian was signed to replace former Liverpool goalkeeper, Loris Karius who was known for his poor goalkeeping at the club. Known for his ability to make great saves, here is a brief Allison Becker stats at Liverpool –

Considered “the wall of Germany”, Manuel Neuer has been highly instrumental in Bayern Munich’s success over the years.

From winning the Euro 2020 with Italy to signing from the French side, Paris Saint-Germain, former AC Milan star, Donnarumma enjoyed a great rise to stardom.

At Paris Sainte Germain, he has pulled some incredible saves which have won the team several trophies. He is known for his ball-playing ability, great reflex, and ability to punch the ball.

The wall of Diego Simeone, Jan Oblak is undoubtedly one of the best goalkeepers in the world. Since being signed by Atletico Madrid in 2014, Jan Oblak has been highly instrumental in Madrid’s back line. He was key to the Atletico Madrid side that won the La Liga title in the 2020/21 season.

Signed in 2014 by Barcelona from Monchengladbach, German international, Ter Stegen has been Barcelona’s best performer. Although the shot-stopper has been highly criticized over the last months, his ability to play despite the pressure has been really amazing and he has managed to pull up some incredible saves.

Signed from Real Madrid by Paris Saint Germain, Keylor Navas has been arguably one of the most underrated goalkeepers in football history.

The Costa Rican was key in the Real Madrid squad that won three UEFA Champions league titles in a row from 2016 to 2018 under Zidane prior to his PSG  move. Here is a detailed stats of the Paris Saint Germain star –

Having made a breakthrough at Atletico Madrid, 18 years old David De Gea was signed by Manchester United as they were looking for a permanent replacement for Edwin Van Der Sar.

Since then, the Spanish international has made several incredible saves that have been able to keep Manchester United competing for several trophies in the English premier league.

Signed from French side Stade Rennais under the directive of former Chelsea goalkeeper, Petr Cech. Edouard Mendy has been Chelsea’s first-choice goalkeeper, usurping Spanish international, Kepa Arrizabalaga who is the world’s most expensive goalkeeper.

Edouard Mendy was key in the Chelsea squad that won the UEFA Champions League under Thomas Tuchel as well as several other trophies won by the German tactician. Here is a more detailed stats of the Senegalese international –

This list includes both past and present goalkeepers who somehow, have managed to make an impact in the game making themselves one of the best to ever wear the gloves for their teams.

The goalkeepers on this top ten goalkeepers list in the world will be highly controversial and you might not agree with them. But they were taken based on our analysis such as their save percentage, errors leading to goals, penalties caused, and a lot of other factors.