Teams That Have Been Coached By Erik Ten Hag 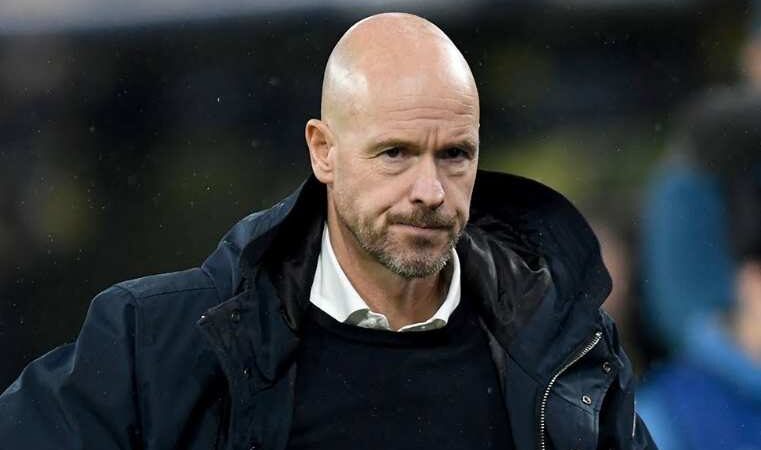 Erik Ten Hag is widely remembered for his time at Ajax Football Club where he spent six exciting years as the head coach.

For, I have been impressed by his coaching philosophy with the way he sets up his team, and controls the dressing room, he has proven to be a fantastic manager. What about!

His tactical ability and man-management skills were instrumental to his success at Ajax Football Club, and previous teams. With that said,  In this post, you will learn about the team Eric Ten Hag has coached which includes his feat at the clubs.

Let me brief you about his time on each team.

Marc Overmars, a club shareholder, named Ten Hag as manager of Go Ahead Eagles in the Eerste Divisie in 2012. And he guided Go-Ahead Eagles to their first promotion in 17 years during his first season there.

Eric became the manager of Bayern Munich ll after he left Go ahead Eagles in 2013 where he spent 2 to 3 seasons while leading them to the Regionalliga Bayern.

In 2015, Utrecht appointed Eric hag as the head coach and sporting director. In Eric’s first season, the team had a low and tight budget which made the manager promote some of the best talents in the youth to the senior team Coupled with some players he loaned in, they were able to end the league campaign in 5th position and got to the KNVB Cup final where they lost 2-1 to Feyenoord.

Also, in his second season, Eric led the team to a 4th position including a miracle win over AZ Alkmaar to reach the Europa League qualifier. These are the performances that earned him a transfer to Ajax FC.

Ajax sacked Marcel Keizer to name Eric Ten Hag as the new head coach on December 21, 2017, where he had lots of exciting memories to share.

For the first time since 1997, he led his Ajax team to the UEFA Champions League semi-finals in 2019 by defeating Real Madrid 4-1 in the round of 16 at the Santiago Bernabéu Stadium and defeating Juventus 1-2 on the road after they drew the first leg 1-1 at home in the quarterfinals.

Unfortunately, in the second leg, a hat-trick by Lucas Moura for Tottenham Hotspur in the second half, with the final goal coming in the 96th minute to make it 3-2 (3-3 on aggregate) to win on away goals, ended Ajax’s hopes of reaching the final.

Only ten days after winning the cup, his superb team won the Eredivisie with a 1-4 away victory over De Graafschap, completing the double for the club. Furthermore, Ajax began the 2019-20 season with a 2-0 victory over long-time rivals PSV in the 2019 Johan Cruyff Shield.

The team started the season strongly, drawing only twice and winning 14 of their first 16 matches. This was followed by defeats against Willem II and AZ Alkmaar.

Following these defeats, Ajax’s form fluctuated, with the club losing three more games in their next eight, including their second league defeat of the season to AZ Alkmaar.

Due to the emergence of the global COVID-19 pandemic, the Eredivisie season was declared null and void, which meant that despite Ajax leading AZ Alkmaar on goal difference, there would be no official winner.

After placing third in their group in the 2019–20 Champions League and being demoted to the UEFA Europa League, Ajax’s European campaign was comparatively less successful than the previous season. As a result, Getafe eliminated Ajax from the 2019–20 Europa League Round of 32 after defeating them 3-2.

Also, Ajax had a solid start to the 2020–21 season, winning their first three games before suffering one of only two league losses all season when they lost 1-0 to FC Groningen.

The highest recorded victory in the history of the Eredivisie was broken on October 24, 2020, when Ten Hag led Ajax to a historic 13-0 victory over VVV-Venlo.

Under Ten Hag, Ajax’s performance in Europe also improved, with the squad looking promising despite being relegated to the Europa League for the second time in a row after finishing third in their UEFA Champions League group.

Ajax’s following performance in the Europa League improved, and they advanced to the quarterfinals with convincing wins against Lille and BSC Young Boys in the Round of 32 and Round of 16 respectively.

Ajax was unable to advance, as Roma defeated Ten Hag’s team 3-2, destroying their dreams of getting to the UEFA Europa League final. In addition, Ten Hag led Ajax to their record-extending 20th KNVB Cup on April 18, 2021, with a 2-1 victory over Vitesse in the championship game.

After the huge success, the board decided to extend Ten hag contracts. Ajax started the 2021–22 season with a 4-0 loss to PSV Eindhoven in the Johan Cruyff Shield before quickly improving in the league, going undefeated for their first 7 games before suffering a 1-0 home loss to FC Utrecht.

This would end up being one of Ajax’s three league losses for the season, as Ajax once more easily get smashed under Ten Hag’s leadership.

Ten Hag led Ajax to a 3-0 victory over Utrecht on Match Day 19 to become the fastest manager in league history to reach 100 victories with his team, doing it in just 128 games.

Ajax eventually lost to Benfica in the round of 16, but not before cruising to their third Eredivisie championship in four years following a 5-0 home victory over SC Heerenveen on May 11, 2022.

Ten Hag’s team also advanced to the 2022 KNVB Cup Final, which PSV Eindhoven ultimately won 2-1, ruining Ten Hag’s chances of completing a third League and Cup double in his four and a half years as a coach in Amsterdam.

To cut his huge success story short, he has proven himself to be a top coach, and this made the Red Devil appoint him as their new head coach.

Ten Hag was appointed as Manchester United’s manager on April 21st, 2022, and will hold the position through June 2025, with the possibility of an additional year’s extension.

After the confirmation of his appointment, Ten Hag added Steve McClaren and Mitchell van der Gaag to his coaching staff. However, Ten Hag lost his first Premier League match, 1–2 at home to Brighton & Hove Albion on 7 August 2022.

Following a 4–0 defeat away to Brentford on 13 August 2022 in his second Premier League match, Ten Hag became the first Manchester United manager since John Chapman in 1921 to lose his first two games in charge.

On 22 August 2022, Ten Hag won his first competitive game as Manchester United manager when his side recorded a 2–1 victory against arch-rivals Liverpool at Old Trafford. This was United’s first league win against Liverpool since March 2018.

Eric Ten Hag is a talented Dutch football coach who has risen from Go Ahead Eagle Football Club to the head coach of Manchester United in the English top flight.

He has coached four teams namely Go Ahead Eagle, Bayern Munich ll, Utrecht FC, and Ajax, and now he is the head coach of Manchester Football Club.

He is known for his great performances with Ajax Football Club dominating the Eredivisie league with astonishing performances in Europe.