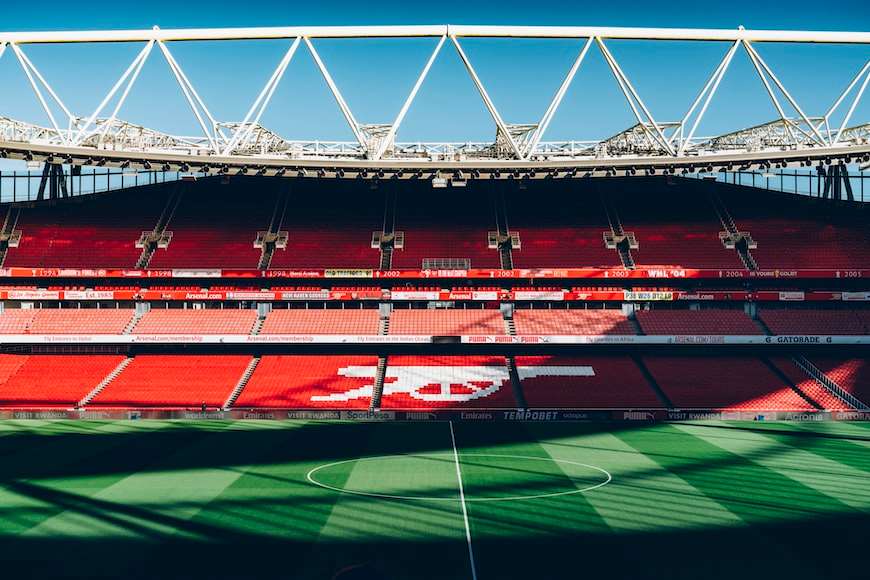 From being dubbed as the biggest city in the United Kingdom, London is home to a lot of the top and most competitive soccer teams in England. Several successful club sides such as Arsenal and Chelsea are London sides who are doing great in the English Premier League and generally, in Europe, with the latter having won two UEFA Champions League titles.

However, due to the popularity of these top two clubs, most people might be led to believe that London does not have a lot of soccer teams in it. This of course is not true and is one of the key reasons why we will be making this article, revealing to you all the soccer teams in London that you should know.

How Many Soccer Teams Are There In London?

There are a lot of soccer teams in London and the reason for this is that even the grassroots and amateur soccer teams might also get counted.

Nevertheless, we believe that London is home to over 80 soccer teams and this includes Premier League sides such as Chelsea, Arsenal, Tottenham, West Ham, and Crystal Palace amongst others, as well as smaller sides like Canning Town FC.

Considered to be the owners of the Emirate stadium, Arsenal are arguably the biggest London team. However, this is controversial simply because of their lack of success in recent years.

The North London side has failed to win the English premier league title since their 2003-2004 title win when they were unbeaten but are on track for domestic success in the ongoing 2022/23 Premier League season as they currently lead the chasing pack.

Founded in 1905, the West London club, Chelsea is considered the most successful club in the 21st century. The club’s history changed drastically after the Roman Abramovich takeover and the appointment of Jose Mourinho on 2nd June 2004.

However, ownership has changed hands as the Blues are now owned by American businessman Todd Boehly and are currently being coached by Graham Potter.

Founded in the year 1895 as Thames Ironworks, the east London club later changed their name in 1900 to West Ham United. They have been one of the most regular faces in the English premier league since it was changed from the “Football league”.

The London side currently plays at the London Stadium, which has been their home ground since 2016 after they moved from Boleyn Ground. Their recent trophy was the 1980 FA cup title.

Known in full as Queen Park Rangers, QPR is a west London side currently playing in the EFL Championship, the second highest overall in the English football league system, just after the English Premier League (EPL).

There were founded in the year 1882 and have been in the English premier league for only 40 seasons. They only have one major trophy, which is the 1966-1967 season league cup.

The main team are considered one of the top 10 in the league, especially considering the hard work of their manager, Patrick Vieira at the club. They are one of the few English clubs that have never won a trophy.

Founded in the year 1889, Brentford, also known as “the Bees”, are a west London club currently playing in the English Premier League.

They currently play at the Brentford Community stadium, which is also known as the GTech Community stadium. Since the club was founded in 1889, there are yet to win a major trophy. Albeit, they have come close several times and have been impressive since their return to the Premier League.

Founded in the year 1885 and currently based in South London, Millwall is one of the soccer teams in London, albeit they play in the English championship. The club have spent most of their time playing in lower English leagues, including the EFL Championship.

They are yet to win a major trophy.

Founded in the year 1882, and also known as “Spurs”, Tottenham Hotspur is one of the soccer teams in London. They are currently based in North London where they play one of the most heated North London derbies in the English Premier League with local rivals, Arsenal.

There are the owners of the Tottenham Hotspur stadium, a stadium that was completed in 2019 and which serves as a place for the North London side to play their home games.

They are owned by Daniel Levy and are currently managed by Italian manager Antonio Conte. The Italian was brought on to win silverware and it remains to be seen if he can achieve wit with a supposed big Premier League side that have been starved of silverware over the years.

Founded in the year 1879, Fulham, also known as The Cottagers is one of the soccer teams in London. They currently play their home games at their stadium, the Craven Cottage.

However, the club are yet to win a major trophy in their history, despite being in the English premier league numerous times.

What Is London’s Main Soccer Team?

London does not have a designated soccer team. However, London actually has several top teams that happen to be doing better than the others and also do well on the International stage. This includes Chelsea, Arsenal, and Tottenham.

Who Is The Most Popular Soccer Team In London?

London is home to a lot of soccer teams including the likes of Chelsea, Arsenal, West ham, Fulham, Brentford, Crystal Palace, and even Tottenham. It should be known that the aforementioned clubs all play in the Premier League.

However, aside from these few London sides, there are a lot of other soccer teams in London that have not been mentioned here due to their size, popularity, and a lot of other reasons.