Football, also known as soccer, is one of the most entertaining sports in the whole world. However, many can agree that football has brought unity, peace, and even love.

Well, when most people might be watching football because of its uniqueness, they are people who watch football to witness their favorite player’s performances, player’s looks such as their hairstyle.

Since football was established, many players have come up with different hairstyles causing most fans to always get a soccer ticket to come and watch them.

You see, one of the most unique hairstyles we see among footballers is long hair, and I will be discussing the top and most popular footballers with long hair in this article which you need to take note of. 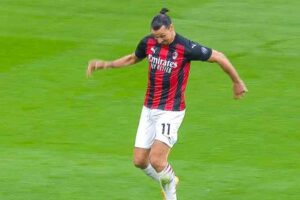 Zlatan Ibrahimovic, who is always referred to as the Lion by football fans, is from Sweden and makes the list of top and most popular footballers with long hair.

The football Icon has played for top clubs in Europe and presently playing for Ac Milan in Serie A, Italy although he is 40 years+.

The player has always been a big supporter of fair play and delivers the ball into the net using a top-notch way. 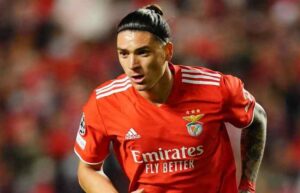 Darwin Nunez is one of the big signings Liverpool coach Jurgen Klopp has made for Liverpool.

Although the striker’s long hair does not show during match days, he was spotted with long hair during Liverpool’s pre-season games.

The Uruguayan, Darwin Nunez is currently not performing as a top player for Liverpool although Statistics says he is better than Erling Haaland which is debatable. 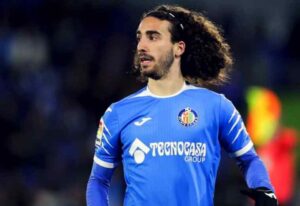 Marc Cucurella is a Spanish defender that plays in the left-back position for Chelsea after Chelsea made their intentions clear about the player when he was still with Brighton and Hove Albion in 2022.

As of 2021/22, the Spaniard, Marc Cucurella was one of the best-rated fullbacks in the Premier League.

The player’s long hair is what is admired by most fans that love his style of play.

If any football-related person was speaking of legendary fullbacks with long hair, Real Madrid legend Marcelo will actually make it to the top of such a list.

The former Madrid player is a Brazilian player. Marcelo’s hairstyle seems alike to that of his fellow Brazilians, David Luiz as well as Fulham and former Chelsea winger, Willian.

As a Brazilian, Marcelo has conquered football with Real Madrid, his former club and he is currently playing for the Greek outfit Olympiacos.

Edison Cavani who also is from Uruguay happens to be one of the best strikers with long hair. The player has played for top clubs in Europe such as PSG, Napoli, and Manchester United, and currently, he is playing for Valencia in La Liga.

Former Southampton center-back that plays now for Liverpool and comes from the Netherlands, Virgil Van Dijk has long hair that could make him join our list of top and popular players with long hair.

Former Tottenham and Real Madrid Forward, Gareth Bale who is from Wales is another player who performs at a top level and currently playing in the MLS and has long hair though he wraps it.

The player won trophies while he was playing for the 14-time Champions League winner but could not lift any with Tottenham Hotspur although he reached the final.

He lastly played for Major League Soccer outfit Los Angeles Fc before the Qatar 2022 World Cup and went on to retire from professional football after the tournament. Gareth Bale announced his retirement on January 9, 2023.

Croatia and Real Madrid playmaker, Luka Modric is one of the iconic players that have taken football to another standard.

The Croatian has made it to the list of players with long hair. Modric plays as an attacking midfielder for Real Madrid and Croatia.

The one-time world-best player is always applauded for his way of circulating passes to his teammates although he is 35 years+.

Norway and Manchester City striker, Erling Haaland is one of the players with long hair playing as a top player.

Not only that Erling is a top player, but he is also a very popular player starting from when he used to play for Borussia Dortmund in Germany.

However, the reason behind Haaland’s popularity is his way of scoring top-notch goals for his team. Manchester City signed him for their 2022/2023 project and he is already delivering it for them.

Hector Bellerin’s transformation from his Arsenal lookalike to a player with long hair is not after joining the Spanish giant, Barcelona is amazing and can not be overlooked.

Bellerin was seen as a struggling player when he was playing at Emirates and is still seen as a player with no playing time at Barcelona.

Notable Players In The Past That Had Long Hair

In this article, we have mentioned some of the notable active players that have ling hair as well as the retired ones that wore the hairstyle in the past. However, it is possible that this list is not all there is to it. Therefore, if we missed out on any top soccer player with long hair, do well to reach out to us.