Can You Play Soccer With A Cast? 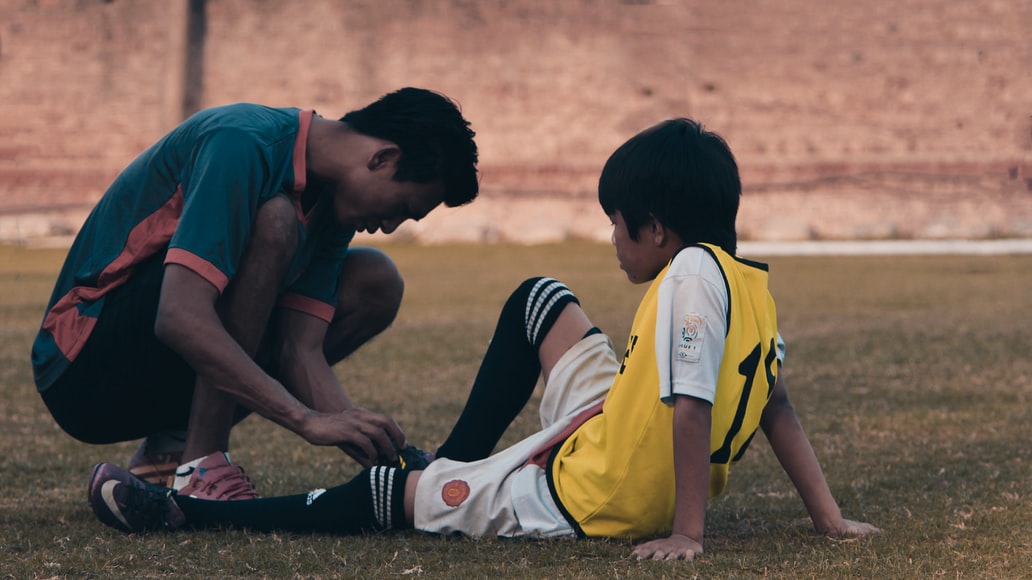 Soccer is a sport that requires physical fitness as players have to run with the ball, hassle each other, and make and launch into tackles among others.

Therefore, the possibility of sustaining an injury during the game is high, and also, injuries are a norm in the round leather game and cannot be completely ruled out. It is a no-brainer that many soccer players have been injured during the course of the game’s history.

However, some injuries enable you to play while others don’t, and it’s important to know the ones that allow you to play as well as the ones that ensure that you stay on the sidelines until full recovery is attained.

Meanwhile, one material that enhances the healing of soccer injuries is a cast.

READ: What is Relegation in Soccer? – The Dreaded Concept

Based on soccer and medical terms, a cast can be described as a shell that is made with fiberglass or plaster that encases the limbs and is used to hold injured parts of the body like broken bones in place until they are completely healed.

Soccer is also an exciting sport that folks want to play when they feel in the best shape even after injuries. Therefore, the question; Can you play soccer with a cast, comes as no surprise. In this article, you will get the answers that you need.

Can You Play Soccer With A Cast?

Depending on the severity of the injury sustained during a soccer game, players can return to action in a week, and sometimes months, or even years, although they can return to training quicker.

As a result, the player must wear appropriate protection when participating in a competitive competition in order to protect himself and other players.

Even if a soccer player is injured, that doesn’t mean he or she can’t continue to play. There are a number of factors that go into assessing whether or not a player is fit enough to compete.

When assessing whether a soccer player can play while wearing a cast on their arm or hand, the governing body will take some factors into account. Find some of them below:

Taking care of the injury

When deciding whether or not a soccer player may play with a cast on their arm or hand, the first thing to evaluate is whether or not the injured area will be adequately protected.

Ultimately, whether a player is allowed to play with an illness or is forced to sit out matches is based on whether or not the player will inflict extra damage on the area and make it worse.

Even if there is a slight risk of re-injury to the area, it is not a good idea to continue playing soccer even if the area is protected by padding. If you need the help of a surgeon, you’re more likely to see this.

Non-surgical fractures can be treated with a cast placed over the affected area, which not only helps the injury heal properly but also prevents it from getting worse.

The official rules of the game

It’s common knowledge in the soccer community that in order to participate in games with a cast on, the cast itself must be adequately cushioned. This is to ensure the safety of opponents in a game.

It is no more news that fiberglass, used in the creation of casts, as indicated earlier in this article is very hard and can pose a danger to other players who get hit one way or the other.i

The rulebook states that a soccer player’s casts, braces, or splints, amongst others must be at least two inches thick before they can be allowed to participate in competitive action.

If these requirements are not met, the injured athlete’s chances of returning to the field are almost impossible as the safety of players in action on the pitch is also a priority.

Regardless, there are a few important considerations when deciding whether or not an injured soccer player may play while in a cast.

In principle, there should be no reason why a hurt soccer player cannot play if the injured part of the player is protected and is not in danger of damaging other players and the player and club have fulfilled the requirements.

The Referee’s Role in Assessing the Casts Worn By Players

As expected, the rules of the game demand that players do not wear any equipment or material that hampers the safety of other players on the pitch during a game.

In addition to the most basic soccer equipment, all objects worn by players must be evaluated by the main referee, who will ultimately decide whether or not it is safe for the soccer player to play on the field.

We’ve seen cases where some players have been asked to do away with certain equipment they have on them before the start of a game. Referees also assess player injuries in a game and decide if the player can continue or not.

Some prohibited items include goalkeeper caps and sporting glasses. As long as the soft cast does not compromise the safety of the other players, soccer players wearing it will be able to compete.

Can Youths Play Soccer With A Cast?

This is a big NO based on the rules of the American Youth Soccer Organization. Also, a match official has the power to expel a player or parent from the field who removes a cast or splint from their child during a match if they are on or near the field.

How To Wear A Cast For Soccer

Wrapping bubble wrap around the cast is a good option. All you have to do is to cut the wrap to the desired length after it has been trimmed to the required length (enough to cover the cast).

After that, the cast should be wrapped with bubble wrap thoroughly. Because the bubble wrap must be at least two inches thick, you may need to repeat this process a few times. It is then necessary to affix medical tape or packing tape to keep the bubble wrap in place.

Make sure the entire cast is covered by elastic bandages by covering the bubble wrap with them. Make as many overlaps as necessary to maintain the tightness of the wrap.

The bandage will stay to the cast perfectly if it is wrapped continually due to its sticky nature. The final component of the bandage should be taped down with packing tape or medical tape to ensure it is well secured.

You can add a few more layers to prevent the elastic bandages from losing their stickiness over time and the wrap from sliding off.

The question of if one can play soccer with a cast has been answered in this article. Also, the factors that play a role in the answers were also mentioned.

Meanwhile, youth players are not allowed to play soccer with a cast and this should be adhered to anywhere in the world to avoid further complications for youngsters.