All Teams Coached By Graham Potter 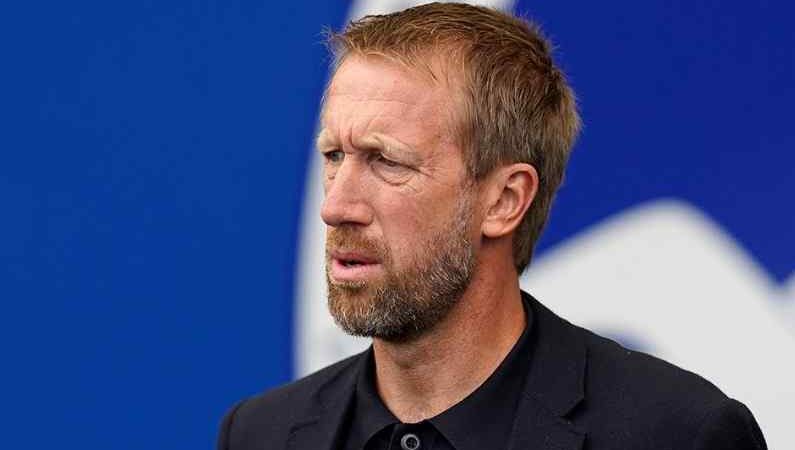 In this post, I will discuss Graham Potter’s coaching career most especially the teams that he has coached. Graham Stephen Potter is a super-talented English football coach with a new and modern football philosophy.

He is currently the coach of Chelsea Football Club, and he is regarded as one of the best and youngest promising coaches in the English topflight.

However, in this post, you will learn about the team Graham Potter has coached and how well he performed in the team.

Potter became the manager of Leeds Carnegie in the Northern Counties East League Division One in 2008.

And before leaving Leeds Carnegie on January 12, 2011, Potter guided the team to third place in the 2009/10 Northern Counties East League and the FA Vase third round.

Potter agreed to a three-year deal in December 2010 to take over as the head coach of Ostersund, who was then competing in the fourth division of Swedish football.

Potters enjoyed his stay in Ostersund and following two consecutive promotions in 2013, the club extended Potter’s contract with an additional three years contract.

However, after finishing 2nd in the 2015 Superettan, Ostersund earned a promotion to the Swedish top division, Allsvenskan, on October 27, 2015, for the first time in their history.

In addition, the Potters Ostersund team won the Svenska Cupen on April 13, 2017, as they defeated Norrköping 4-1. The Potters team looks promising even in Europe, and as a result, the team advanced to the UEFA Europa League second qualifying round, where they defeated Galatasaray 3-1 on aggregate.

Also, they dumped out Fola Esch 3-1 on aggregate in the third round, then they eliminated PAOK in the play-off round (3-3 on aggregate with more away goals), earning them a historic spot in the Europa League group stage.

With their great performance, Ostersund tied Athletic Bilbao for second place in their group in terms of points. However, despite defeating Arsenal 2-1 on aggregate, they were eliminated from the competition losing 4-2 on aggregate and ending the domestic league in 5th position.

On June 11, 2018, Potter was given a three-year contract to manage Swansea City, a Championship team that had just been demoted. The team included Billy Reid, an assistant manager, and Kyle Macaulay, a recruiting analyst, who joined him.

On his appointments, Potter commented, “ This Premier League team, which hasn’t played in the league in seven years, wants to try to return, but do so with a clear sense of who they are and what they want to represent on the field and the opportunity to create anything was what I found to be interesting “.

However, in his first match, Oli McBurnie and Yan Dhanda both scored in a 2-1 win against Sheffield United to give Potters his first victory as the team coach.

In the game, the Potters team started brilliantly, and after 30 minutes, they had a 2-0 lead over the Premier League champions, but three goals in the final 20 minutes, one from Bernardo Silva, one from Kristoffer Nordfeldt’s own goal, and the winning goal from Sergio Agüero eliminated Potter’s team from the competition.

However, Swansea had little chance of making the playoffs coming into the final game of the season, but a strong finish to the campaign helped them finish 10th in the league.

Potter’s teams receive lots of praise for their great performances, and these performances attracted some teams in Europe to hire Graham Potter most especially Brighton.

Swansea initially turned down a request from Brighton to hire Potter as their next manager when Chris Hughton was fired as manager of Brighton & Hove Albion after the 2018–19 campaign.

Also, Potter was given the option to accept Swansea’s new contract, which would have made him one of the Championship’s top-paid managers.

In the end, the club ultimately permitted Potter to speak with Brighton, who would reportedly pay Swansea roughly £3 million in compensation for Potter and his backroom staff.

On May 20, 2019, Potter signed a four-year contract to become the new Brighton & Hove Albion’s head coach. In his Premier League debut, Potter’s new side defeated Watford 3-0 in his opening game, and On August 17, his team drew West Ham United in his home debut.

A week later at Falmer Stadium, Potter suffered his first league loss, 2-0 to South Coast rivals Southampton. Following a 2-1 home victory over Arsenal on June 20, Brighton completed their first league double over the Gunners, having also triumphed 2-1 in the season-opening meeting.

This was their first game back following league suspension due to COVID-19.

Also, Brighton’s first game of the 2020–21 season against Chelsea ended in a 3–1 loss to Chelsea at home, and In their second game, they defeated Newcastle at home 3-0 to win their first league game of the year.

However, Potter suffered his 100th managerial defeat on September 26 as Brighton fell 3-2 to Manchester United at home. In addition, Brighton’s 1-0 victory over Tottenham on January 31, 2021, marked their first home league victory since beating Arsenal on June 20, 2020.

And three days later, Brighton defeated Liverpool, the reigning champions, 1-0 at Anfield for the first time, and this was Brighton’s first league victory there since 1982.

Furthermore, in his first game in his third season, Brighton came from behind to defeat Burnley 2-1 at Turf Moor. However, Potter tested positive for COVID-19 on January 21, 2022, and first-team coach Björn Hamberg took charge of Brighton’s match against Leicester City which ended in a 1-1 away tie.

On February 15, Potter played his 100th Premier League game against Manchester United that ended Brighton’s record-breaking seven-game league winning streak after his side suffered a 2-1 loss.

At the end of the season, following a 3-0 win over Wolverhampton, he led Brighton to their best point tally with 44 points and 9th position. Also, in the following week, Potter’s Brighton defeated Manchester United 4-0 at the AMEX stadium, making it Brighton’s best top-flight performance.

And after defeating West Ham United 3-1 in the final match of the season, Brighton finished the season in 9th place with their highest-ever Premier League goal total of 42 and 51 points, 10 more than their previous mark of 41.

With what he has been able to achieve in a few years with Brighton, Chelsea Football Club came knocking after terminating Tuchel’s contract.

And at the end of the bidding, Potter reportedly cost Chelsea between £15 and £16 million, plus an extra £5.5 to £6.5 million in backroom staff compensation.

Potter and five other members of his backroom staff were confirmed by Brighton to be leaving the club for Chelsea on September 8, 2022.

Six days after his appointment, the Champions League match at home between his team and FC Red Bull Salzburg ended in a 1-1 draw.

And his second game in charge of Chelsea saw him come from behind to defeat Crystal Palace 2-1 away from home, and that was his first victory for Chelsea. With goals from Conor Gallagher, a Chelsea graduate, and Pierre-Emerick Aubameyang for the team in the 90th minute.

However, In his 10th game for the club, he lost 4-1 to his maiden visit back to his former team Brighton.

Graham Potter is a young, promising English coach with modern ideas for football tactics. By many pundits, he is considered to be one of the best young coaches in the English league due to what he has been able to achieve as a coach.