12 Best Soccer Movies That You Should See 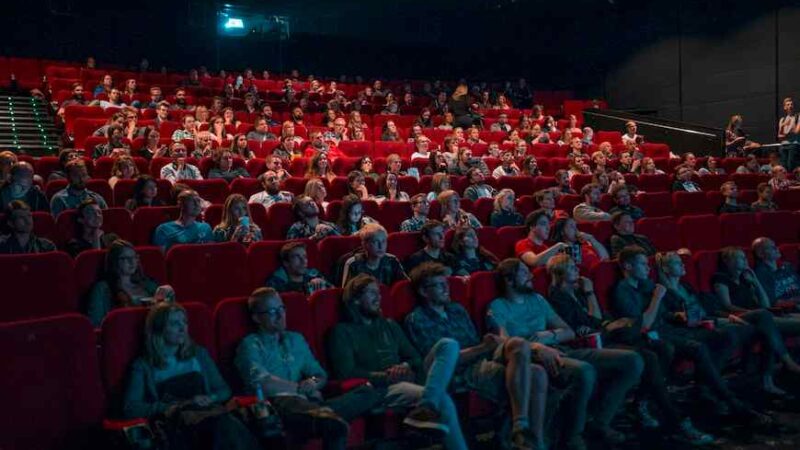 Soccer, being the most iconic sport and interesting sport to watch has always made it possible to put a smile on the faces of its fans.

You see, from soccer, movies have been created with their scenes to continue giving soccer fans the feeling that they deserved even when there is no soccer match to watch.

However, I will be sharing with you the best soccer movies that you need to watch starting from “Goal!” to “Diego Maradona” and finally to “The Arsenal Stadium Mystery.”

So, without wasting time, let us proceed –

The 12 Best Soccer Movies You Should See

Goal! Is a soccer movie that was released in 2005 that has a duration of 1hr 58m. Well, Goal has featured most football big names such as David Beckham, Zinedine Zidane, Alan Shearer, and even iconic footballer, Raúl.

The soccer movie is about an amateur player, Santiago Munez (Becker) that earns an unlikely opportunity to play professional football, and finally had to play for Newcastle. Despite Santiago joining Newcastle, he still does not enjoy it due to bullies, but in the end, brings Santiago a joy he can never forget.

The Great Match is a movie inspired by soccer. The movie has a duration of 1hr 59m and has featured Chelsea midfielder, Mateo Kovacic since it is a 2021 Croatian-American sports historical drama.

The Great Match is inspired by real events which took place in the 1944 spring. To honor Adolf Hitler’s birthday, the Nazis organized a football match between the elite Nazi team and a team made up of inmates from the camps made up of ex-footballers and political prisoners.

However, during halftime, they are assured to get freedom if they win the match, so, they all have to be tactical and claim the win.

The damned United is a very popular 2009 British sports drama film that was directed by Tom Hooper and released on 27 March 2009. You see, just like a standard soccer match will take a total of 97 minutes, the Damned United duration is 97 minutes featuring the British indigenous people.

The damned United emerges as a plot that hangs around Leeds United management although it is considered to so fictional.

The Fever Pitch popularly recognized as Head-on-soccer in North America is not as per a soccer movie but a soccer video game that was created by the U.S. Gold.

The Fever Pitch features Arcade-style playing compared to other soccer video game that was released at that time. However, there are claims that Fever Pitch is better compared to the FIFA series and even Konami.

Kicking & Screaming emerges as one of the oldest American sports comedy films directed by Jesse Dylan featuring a lot of plot in the film.

The film has a running time of 95 minutes and was produced by the Mosaic Media Group Company. The plot deals with Will Ferrell and Robert Duvall as a father and also a son who exploit their son’s soccer teams and try to beat others.

However, Kicking & Screaming sports comedy film has much to teach aside from its humor side.

When Saturday comes is a British film that was released in 1996 after being directed by Maria Giese featuring big British characters of that time such as Sean Bean and the rest. The plot has a total running time of 95 minutes just like standard soccer would have.

The plot is about Sean Bean, and Jimmy Muir, a worker at the Stones Brewery that gets scouted by Hallam F.C. at first and later on by Sheffield United Football Club.

Diego Maradona is a soccer documentary film that is directed by Asif Kapadia and other individuals that joined hands to make the documentary a success in British.

Diego Maradona is a soccer documentary film that talks about the Argentine star, Diego Maradona. The plot covers when Maradona was transferred from FC Barcelona to S.S.C. Napoli in 1984, eventually winning two Serie A titles and the 1988–89 UEFA Cup with the Italian team.

The Two Escobars is a movie known to be series 16 under the ’30 for 30′ film. It has a total running time of 120 minutes and is directed by Jeff Zimbalist.

The plot is about Jess, a female who has much interest in football but her parents do not support her dreams. However, she finds a way to fulfill her football dreams as outsiders help her out.

Shaolin soccer is a very popular Hong Kong Martial Arts Sports Comedy film that was released in 2001 with Stephen Chow being the director.

The film runs for a total of 112 minutes which is equivalent to an hour and 52 minutes.

The plot is about a former Shaolin Monk who reunites his five brothers after years of their Master’s death, to apply their Martial Arts skills to play soccer and bring Shaolin Kung Fu to the people of Hong Kong.

The Golden vision is a British sports comedy film that is directed by Kenneth Loach and was released in 1968. The film features a lot of British characters and also centers on Everton F.C. as a football club.

According to the Golden Vision plot, the obsessive supporters of Everton FC forsake wives, families, and God to follow their beloved team. Meanwhile, the club and its players try to live up to their expectations.

The Arsenal Stadium Mystery is a mystery film and one of the oldest films to feature football scenes. It was shoot in Bristish featuring a lot of British individuals.

Although the plot of this film has fictional scenes it surrounds everything you need to know about the original Arsenal stadium, Gillespie Road, Highbury, London.

If you are a staunch follower of soccer and want to derive entertainment away from the pitch, these 12 movies are some of the best soccer movies produced thus far you can get your hands on and derive entertainment. Fans of movies who also appreciate the round leather game can leverage this list.